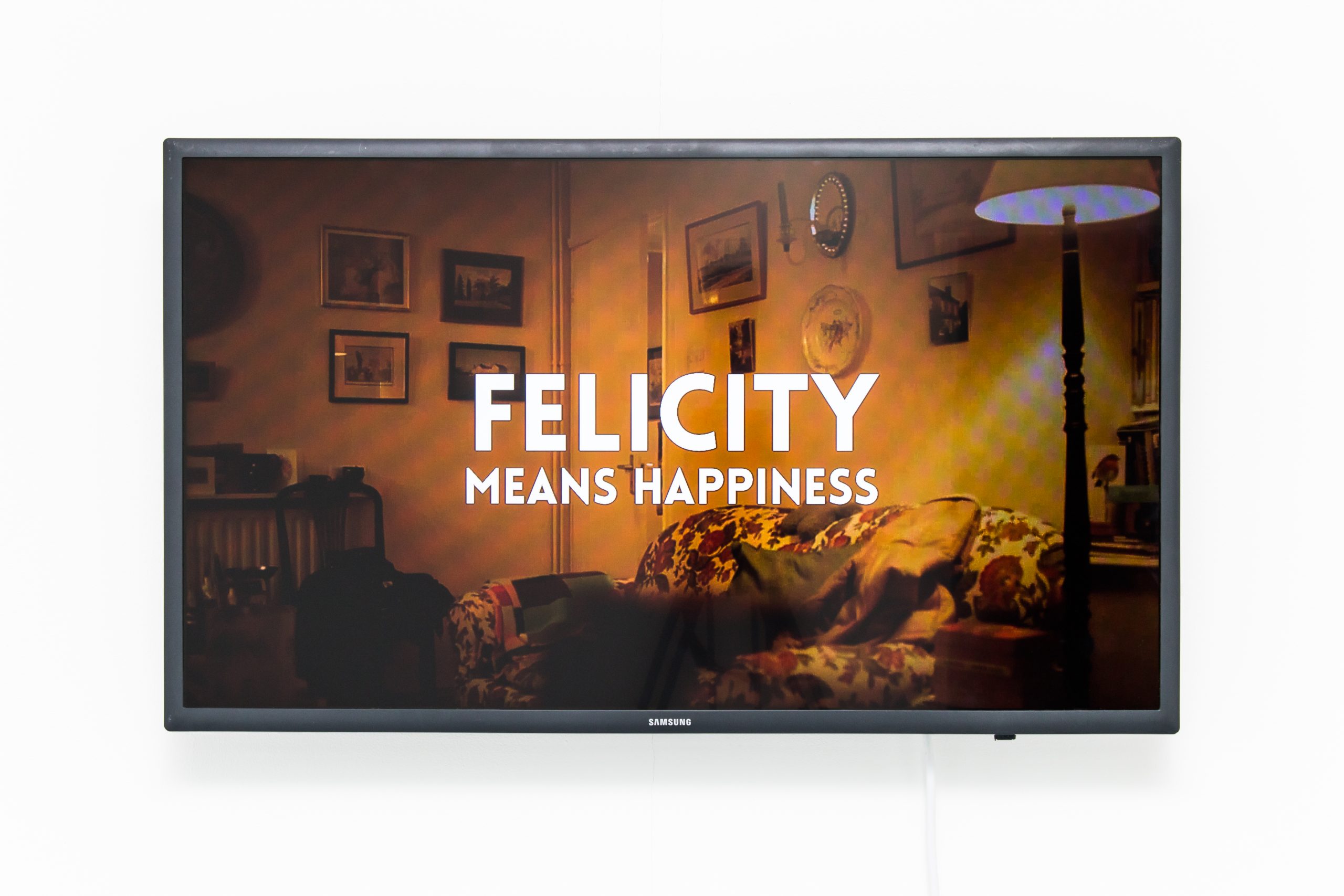 Felicity Means Happiness is video work that tells the story of a 98-year old former chorus girl. Alison J Carr interviewed Felicity about her time as a chorus girl, her story is fascinating and riveting. In the thirties, Felicity was one of the Bluebell Young Ladies. She toured France, Germany, and Italy until WW2 was declared in Italy. Felicity Means Happiness shows Felicity, telling her stories, Carr showing Felicity her artworks inspired by 1930s dancers, and footage of an Austrian film Felicity was in. The piece is as much about the connection between to the two women as it is about the realities of dancing and travelling.

Carr’s disrupts the constant stream of images of women we are surrounded by in magazines, films and commercials that reiterate the connection between perfect female bodies and commodification. I want to contrast these assumptions with compositions I create to re-frame the female body: imperfect, glamorous, located in a context of radical thought, disruptive intentions, where excess is not about consumption, but pleasure. I re-imagine the frivolity of entertainment and ask if it can be ruptured away the service of neo-liberal individuality, and that political agency need not be dry, earnest, contained.

Alongside Felicity Means Happiness, Carr will be delivering an artist talk (date and venue TBC)

Alison J Carr is an artist and writer. She studied at the California Institute of the Arts, absorbing both the critical dialogue and the lure of the Hollywood facade. Following her soujorn to LA, she returned to Sheffield to do a PhD at Sheffield Hallam University where she had gained her undergraduate degree. The book that emerged from the research, Viewing Pleasure and Being A Showgirl: How Do I Look? Was published by Routledge in 2018. She has been a Terra Summer Residency fellow in Giverny France, LoBe Gallery resident in Berlin, and has exhibited her work in London, LA, Indiana, Berlin Sheffield, and Huddersfield. She has performed her work in London, LA, Leeds, and Sheffield. She is a lecturer in contemporary art at the University of Huddersfield.